IoT and the Multi-Billionaires 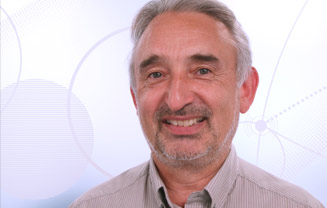 The Internet of Things is an interesting business, though the terminology can be confusing even for those of us working in it. How M2M spawned the IoT in recent years and how SCADA/Telemetry/Telematics became M2M in the early 2000’s matters to some of us but is not something that most would be interested in. These different phases of development with their shiny new labels have arrived with their own level of expectation around how many machines will be connected and how valuable the market will be. The IoT takes the gold medal in this respect, where for ‘expectation’ you might be tempted to read ‘hype’.

In this case, hype is where predictions of growth are not only impressively large but vary wildly, giving us the sense that no one really knows, other than whatever it is, it’s going to be big. So-called experts in the field are predicting the number of connected ‘things’ at between 5 billion and 50 billion. Some of these numbers are forecast for 2020, some for 2025 and a number in the billions was recently quoted as the number of devices we have today. The last time we looked there were nearly 250 million devices connected globally under the definition ‘cellular M2M’, an impressive rate of growth considering what we currently call M2M barely existed 10 years ago. Yet, there is a huge difference between a few hundred million in 2015 and 5 billion connections in 2020, to take one of the lowest estimates of the multi-billionaires.

From the introduction of radios in the 1920’s to smartphones in the late 2000’s there have been some impressive growth stories following the introduction of new technologies and the devices that run on them. Radios, TV’s, PC’s, mobile phones and smart-phones are all consumer goods marketed to individuals or families through many thousands of retail outlets, a very different world from the IoT. So, how are these predictions for the IoT justified? Where do these billions come from?

Proponents site a number of vertical markets to underpin their forecasts. The automotive sector is one of those, namely the Connected Car market. There are some 1 billion cars and trucks on the world’s roads today, with 2 billion forecast for 2030. Yet even the most optimistic view of this market cannot see beyond 150 million connected vehicles by 2020, taking us 2% of the way toward a 5 billion market size by that date.

Moving on to the energy sector where connecting consumer units such as electricity, gas and water meters is an important vertical market for the IoT. Connecting them is of course only half the story, firms are still working out how they will handle and process the huge amounts of data coming back from the ‘smart grid’, not to mention the logistical challenges and manpower required for installation. Many government led initiatives have floundered on these issues although some projects such as the UK DECC are underway, with over 40 million meters scheduled for connection by then. Unfortunately, this type of project takes many years to complete and collectively will contribute ‘only’ a couple of hundred million at best toward the 2020 global market.

Proponents of ‘many billions by 2020’ would say that the really big numbers will come from connected devices in homes and workplaces. Heating and air-conditioning systems, security alarms, fridges, freezers, washing machines, office equipment etc., all would benefit from being connected. This is a fair point. To be able to control those devices remotely or to have them monitored by a supplier or maintainer would be beneficial. This vision poses some interesting questions though. Firstly, it is not clear who will pay for this benefit and secondly, if such devices are connected they will most likely access the wide area using the fixed or cellular networks via a short range wireless technology such as WiFi or Zigbee. A household may have a dozen or more connected devices but in terms of revenues there is no evidence yet of an ‘explosion’ of locally connected devices in the home taking off just yet.

One factor supporting the multi-billion forecast is the availability of new network technologies. Use of the unlicensed ISM bands will open up new markets, increasing previously seen M2M trend growth rates. Low Power Wireless Access Networks (LPWAN’s) offer long range, low power and low costs. Companies such as Sigfox, those comprising the LoRa Alliance and the Weightless SIG (Special Interest Group) offer technologies capable of true wide area network coverage. These technologies also offer long battery life, as much as 5 to 10 years depending on the data requirements of the application. The costs of the end points, modules containing the transceiver hardware, are much lower than for cellular technology with expected prices of below $5.

Until now, cellular operators have had M2M WAN connectivity mostly to themselves. LPWAN offers a way forward for those devices not economic to cover using more costly cellular and operators have plans to address the low power, low cost challenges of these ‘new kids on the block’.

LPWAN and new alternatives will provide another growth spurt to an already dynamic market, enabling more projects to make a return on investment. Even so, there is no precedent for any market to grow at a rate that will take the IoT from the few hundred million connections to the few billions of connections some are forecasting for 2020. Even if manufacturers can produce and ship the modules, modems and gateways required to connect sensors, meters and other end user equipment, the logistical problems of installing and commissioning such huge numbers of devices will limit rates of growth.
Our conclusion is that LPWAN will end this year with perhaps 5 million connections and grow rapidly, doubling numbers every year until the end of the decade. As developers and customers gain confidence with the technology, new markets will be identified and served. Cellular networks will not be able to address these low power, low data rate markets until 2017, when LTE-M silicon becomes available. In parallel, ‘traditional’ cellular M2M connections will continue to grow at their long term rate or slightly higher, resulting in a total market of a little more than one billion connections by 2020, of which LPWAN should comprise in the region of 20% – a fast growth for a new technology area. The potential to connect machines to the internet will continue to drive the market strongly upwards through the next decade. For the second half of this one, firms will have to be content with perhaps 700m-900m new connections overall, still enough to keep everyone very busy.