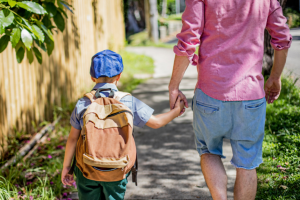 Westminster City Council is using a network of twenty EarthSense Zephyr monitors as part of a pilot study to monitor changes in air quality at primary schools trialling School Streets. The pilot is one of the largest data collection studies launched in London to investigate the difference in air quality prior to and during the operation of School Streets to date. The results will be used to primary schools involved.

School Streets is a scheme used by local authorities that reduces vehicular access to roads outside primary schools at pick-up and drop-off times. The initiative aims to reduce vehicle emissions outside schools and children’s exposure to harmful ambient air pollutants.

Westminster City Council is working alongside engineering consultants, WSP and its contracted infrastructure services company, FM Conway, which has mounted the Zephyr monitors onto lighting columns outside primary schools in the trial. These include All Souls C of E Primary School, Ark Atwood Primary School, Barrow Hill Primary School, George Eliot Primary School, and eight others, two of which will be introduced later this year.

Installed from January 2022 until December 2022, the Zephyr monitors are measuring concentrations of nitrogen dioxide (NO2) and particulate matter (PM2.5). The study will focus on NO2, for which real-time and historic measurements will be stored, accessed, and analysed to ensure air quality levels at each school do not exceed national standards.

After the 12-month monitoring period, Westminster City Council will compare NO2 measurements with traffic data and baseline data that was previously monitored between September 2020 and January 2021 with diffusion tubes. By assessing each dataset, the council will correlate the relationship between traffic count, pedestrian movements and air quality and use this for gathering quantitative evidence about changes in air quality which can be attributed to implementing School Streets.

Councillor Paul Dimoldenberg, cabinet member for City Management and Air Quality at Westminster City Council says, “Westminster has some of the highest carbon emissions and poorest air quality of any local authority and urgent steps need to be taken if we want to improve, especially so we can protect our younger generation.

“We want to create a safer, greener, and more pleasant environment for our residents and their families to live in, and this new School Streets project is one of the first steps we are taking in doing this.

“Not only will it encourage active travel such as walking and cycling and reduce the number of cars driving down school roads, but this trial will give us vital information about the impacts of air quality which will allow us to take more permanent steps towards creating a safer and more environmentally friendly experience,” continues Councillor Dimoldenberg.

EarthSense managing director, Tom Hall says, “Children are extremely vulnerable when it comes to air pollution exposure. They’re closer to ground level sources and have faster breathing rates than adults, so they’re at increased risk of inhaling polluted air which goes on to impact their development as they grow older, and raises the chances of them getting asthma and other damaging health conditions.”

Hall continues, “School Streets temporarily prevent tailpipe emissions from getting into the air that children are breathing at school. Understanding the impact of School Streets on air quality is vital for evidencing how well they work, and we hope that Westminster City Council’s project will prompt more of this across the world to keep future generations safe from air pollution.”