The role of IoT in smart city initiatives 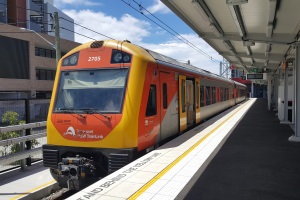 Just over 200 years ago, the global population was estimated to be around 1 billion. Current estimates now put that number at around 8 billion, with an additional 200 million expected to be added to that total by 2026. Increasingly, more and more of these people are choosing to live in urban areas, says Chris Bishop, sales director APAC & marketing director Ipsotek, an Atos company.

According to the World Bank, around 56% of the world’s population already live in cities and by 2050, urban populations are set to double in size with nearly 70% of the global population living in them. Combine this with life expectancy increasing across the globe, and it becomes very clear that urbanisation will potentially create unprecedented pressure on both natural resources and infrastructure.

Having recognised the issue, governments, local councils, planners, and other stakeholders are increasingly turning to tech-based solutions to design, manage and support the cities of the future or ‘smart cities’. Typically described as urban centres where infrastructure is optimised via digital solutions, smart cities go further than simply using technology to improve efficiency and typically include smart urban multi-modal transportation networks, upgraded water supply and waste disposal facilities and management, and more efficient ways to light and heat buildings.

It also means a more interactive and responsive city administration, safer public spaces and meeting the needs of an ageing population, whilst also improving sustainability. The sustainability element is key, as cities by default, are highly energy intensive.

Currently, cities consume about 75% of global primary energy and emit between 50%-80% of the world’s total greenhouse gas emissions, according to the United Nations Human Settlements Programme; despite covering less than 2% of the world’s surface. With the predicted growth of urban dwelling, it is a key factor that needs to be addressed. The question is how?

As with most things, agreeing the vision and long-term strategic plans are the first steps to success. For smart cities, this is dependent on data – specifically the ability to capture, correlate, interpret, and manage huge amounts of information. It is not enough to simply gather information and data in the first instance, but also measuring and analysing it once solutions have been implemented to make sure they are effective.

IoT proving its worth

This is where Internet of Things (IoT) technologies prove their worth. IoT can be used for innovative smart city management by monitoring widely dispersed processes. As a result, they can even control the latter from distant places as information is continuously fed into applications and data storage. In addition, IoT provides the advantage of knowing things in advance, as its low cost makes it possible to monitor and manage activities that were previously unachievable, leading to significantly optimised savings. 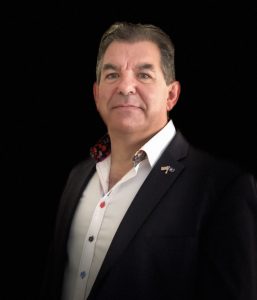 Encompassing an increasing range of remote-controlled interconnected devices, IoT can operate as sensors to collect a wealth of data, often in real time. This information can range from measuring air quality, to detecting leaking water pipes. However, for this ecosystem to work, there is a need for both public and private technologies to work together both of which have a stake in planning, implementing, maintaining, and improving public services. Without a strong relationship between government – local and state – and the private sector, the success of smart city initiatives is likely to be uncertain.

As well as using IoT as a data source for smart city planning, it also has a role in curating that same information. The amount of data generated by IoT devices is expected to reach 73.1 ZB (zettabytes) by 2025 and the real-time analysis of such a vast pool of complex information, can be extremely time consuming and lengthy. It is currently estimated that 95% of data is non-analysed and 80% of this non-analysed data relates to images and videos, giving some indication to the scale of the issue.

In other words, the data generated from IoT devices is only valuable for smart cities if it is subject to data analysis, which brings data analytics into the picture. Data analytics refers to the process used to examine data sets of varying size, with varying data properties to extract meaningful conclusions and actionable conclusions. These are usually in the form of trends, patterns, and statistics that aid smart city stakeholders to proactively support, effective decision-making processes.

Multiple types of data analytics can be used and applied to smart city planning. For example, streaming analytics, or event stream processing, looks at huge numbers in-motion, data sets and real-time data streams can be used to detect urgent situations that require immediate actions. Whilst spatial analytics is used to look at location patterns to assess the spatial relationship between the physical objects.

There is also time series analytics, based on time-based data which looks for associated trends and patterns. IoT applications, such as weather forecasting applications and health monitoring systems, can benefit from this form of data analytics method. IoT and data analytics within a smart city framework can be seen across several different areas:

Air quality and waste: In a drive toward greater sustainability, smart cities are deploying new technologies to monitor pollution, dust, and air particles to better inform residents in real-time of the current levels of pollution in the air. IoT systems can also help optimise waste collection, while addressing environmental issues associated with inefficient waste management. Smart sensors are also used to send signals when rubbish containers are full, helping ensure that collections are only made when needed.

Smart Infrastructure: This includes automated lighting and smart elevators, with sensors that share data with each other to help affiliated buildings and homes learn from their environment to become more energy-efficient and reduce excessive power usage.

Traffic: IoT can help optimise traffic patterns by using sensors to track and send real-time updates about traffic flow to a management platform. Systems can then analyse and adjust traffic lights to reflect the current situation in real-time autonomously.

A current example of this can be seen with Sydney Trains, which has deployed AI-based analytics to automatically process video in order to detect trespassers in tunnel portals and on rail tracks, reducing major disruptions to passenger journeys and ensuring the smooth running of their rail system.

This same approach can be easily adapted for smart cities to automatically monitor traffic and detect congestion and incidents, even down to which types of vehicles are entering a city or town. The use of IoT coupled devices and technologies with 5G and Computer Vision generated data provides precious insight to all parts of the smart city ecosystem, from local and government agencies to private sector businesses.