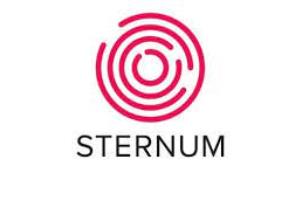 Tel Aviv, Israel. 19 May 2022 – Sternum, the specialist in autonomous security and analytics for IoT devices, welcomes Amit Serper, an international cybersecurity expert, as its new director of security research. As a veteran cybersecurity professional with a record of excellence in the field, Amit bolsters Sternum’s vast research capabilities with his decades of expertise in reverse engineering, vulnerability exploitation, and ethical hacking.

The global total of cyberattacks is surging year on year as hackers exploit the ever-growing trend toward digitalisation. An uptick in international tensions is further exacerbating the trend as Russia allegedly unleashed its cyber-arsenal on Ukraine in the run-up to its ground incursion. Previously, the U.S. intelligence community blamed Moscow for NotPetya malware attacks on Ukrainian networks, which destroyed sensitive data on a variety of servers and spilled out beyond Ukraine to wreak havoc on businesses.

Amit Serper, who found a “vaccine” for NotPetya, now joins Sternum’s leadership team to lend the company his vast expertise in cybersecurity. Amit will be in charge of Sternum’s security research, leading its team of cybersecurity experts as they work to transform the IoT defense paradigm.

Before joining Sternum, Amit worked as the director of security research for Akamai Technologies, a U.S. cloud and cybersecurity provider, where he focused on enterprise network protection. Prior to that, he held the offices of North American VP of security research for Guardicore, a network segmentation company, ahead of its acquisition by Akamai. Amit also held a number of positions in Cybereason, working his way up from senior security researcher to VP for security strategy. His private sector career followed years of service in the Israeli military and intelligence, where he took on a variety of security roles and projects.

Sternum’s single-click security solution gives any connected device the ability to protect itself against hacking attempts in real-time. It seeks out the generic fingerprints of various attack types such as command injection and buffer overflow to strike the attempted attack down and protect the runtime integrity of the secured device against both zero-day and one-day attacks. Its design fosters a proactive IoT security paradigm that ditches the need to play catch-up with hackers through long and costly patching. In essence, Sternum’s platform makes for a general “vaccine” against multiple IoT attack types and stands to benefit greatly from Amit’s expertise in the field.

“Sternum’s product is a real breakthrough for the entire IoT security industry,” says Amit Serper, Sternum’s director of security research. “It solves some of the most pressing issues in a market that increasingly defines our present and future. I am thrilled to be joining such an excellent team with such an important mission.”

“Amit is one of the sharpest minds and most influential voices in today’s cybersecurity industry,” says Natali Tshuva, co-founder and CEO of Sternum. “He is an expert whose knowledge will be crucial for us as we work to transform the core tenets of IoT security. We are most happy to welcome Amit into our ranks.”