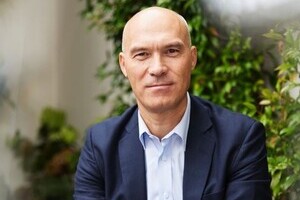 Vodafone has extended its strategic partnership with VMware to accelerate the roll-out of new digital services, using one scaled platform for networks and IT systems, across Europe. This allows Vodafone to quickly implement and manage new software, applications, and processes across any mobile infrastructure and any cloud.

The first application for the common platform will be the provision of 5G standalone (5G SA), giving Vodafone the ability to automate and orchestrate new applications based on this technology in multiple countries at the same time. Other new services will quickly follow, like enriched voice services over data, the connection of many more Internet of Things (IoT) devices, and next generation video conferencing and Virtual and Augmented Reality.

With 5G SA at the core and in the cloud, Vodafone will offer customers dedicated slices of its high-speed network, quickly and on a large scale, to support critical applications requiring ultra-low latency connectivity, such as connected vehicles and industry 4.0. In this scenario, all elements of the network use 5G, instead of the more common method of overlaying 5G equipment over a core 4G network infrastructure.

Working with VMware, Vodafone has already completed the virtualisation of its non-5G core network infrastructure across its European operating companies and 21 markets in total. This means Vodafone can securely design, build, test and deploy next generation functions 40% more quickly and for half the price.

The latest deal takes this process a step further, underpinning the deployment of new network features, and extending Vodafone’s position as the company in Europe to launch 5G SA earlier this year.

By deploying VMware’s full Telco Cloud Platform in its European markets, Vodafone will have a consistent cloud-native infrastructure across all networks and applications, regardless of whether they are developed in-house or sourced from a vendor. Vodafone has already begun the rollout of this infrastructure in eight markets, Czech Republic, Germany, Hungary, Ireland, Italy, Portugal, Romania, and the UK and will expand to all 11 of its European markets over time.

Johan Wibergh, chief technology officer, Vodafone, says, “Having launched the first 5G standalone network in Europe, we are now putting all that power into a single cloud-based platform to simplify operations and rapidly respond to customer’s needs across Europe and Africa. It starts with 5G at the core, but the possibilities are limitless.”

“As service providers modernise their networks to transition to 5G, they require a single platform to automate and streamline delivery of multi-vendor network functions across network core, RAN and edge. VMware Telco Cloud Platform provides this unifying platform to simplify operations, accelerate automation and increase feature velocity across all parts of the network,” says Sanjay Uppal, senior vice president and general manager, service provider and edge, VMware. “Through its partnership with VMware, Vodafone is modernising its network infrastructure with automation built in, setting them up for long-term success as they roll out 5G services to even more markets in the coming years.”