This empowers developers to connect modern CI/CD and SecOps workflows to the world of connected devices, providing a complete process from software creation to full deployment on the device itself. For customers, this acquisition means an actualisation of digital transformation, delivering automation from development environments to the cloud and all the way to end devices.

“We are extremely excited about this acquisition on several levels the technology, the people, and the market potential,” says Shlomi Ben Haim, co-founder and CEO of JFrog. “Not only will we be able to connect the worlds of DevOps and IoT for the first time and make digital transformation real for developers, but we are also joining forces with an incredible team with a passion for innovation and infinite scale. This is another big leap towards our Liquid Software vision of becoming the company that powers the world’s software updates, amplifying our product roadmap and opening new market opportunities.”

Managing fleets of devices and edge applications remotely including over-the-air (OTA) updates, security, monitoring, controlling and more has quickly become unwieldy for most companies. Forecasts suggest around 24 billion IoT devices will be in use around the world by 2026, creating a management, security and software update market for connected devices worth nearly $16 billion. As the sophistication and complexity of both commercial and consumer devices increases, having a fast, reliable, secure way to monitor and update connected devices from a cloud-based DevOps platform is imperative.

“Most edge and IoT device software update solutions are homegrown, specialised and siloed from modern CI/CD and the DevOps software development lifecycle,” says Yoav Landman, co-founder and CTO of JFrog. “At the same time, most of today’s DevOps solutions are not built to deliver and deploy software updates to distributed edge and IoT environments, nor manage them on an ongoing basis. Upswift provides a developer-focused device management and software update technology that easily integrates with current DevOps automation workflows and developer ecosystems, allowing continuous delivery to devices to happen naturally.”

The integrated technology platform will provide:

“As more and more intelligent applications and data collection move to the edge, the marriage of DevOps with device management is unstoppable,” says Amit Ezer, founder and CEO of Upswift. “We’re thrilled to join JFrog a leader in the DevOps space and to deliver something truly innovative to the market that helps developers further their digital transformation initiatives and bridge container deployment all the way to the end-device.” 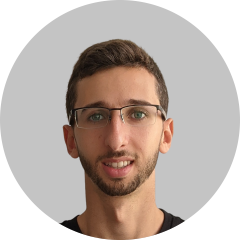 The Upswift platform helps update, control, monitor and secure remote Linux & IoT devices at scale, with the click of a button for customers across all industries, Upswift’s team will join JFrog immediately.

For more details on the benefits JFrog’s acquisition of Upswift will deliver visit here. The new IoT and connected device management capabilities of the JFrog Platform powered by Upswift will be highlighted in a webinar, “JFrog and Upswift: Bringing IoT Software Updates to DevOps”, on Thursday, October 7, 2021 at 10 AM PT. Learn more and register here.

Terms of the transaction were not disclosed. The transaction is not expected to have a material impact on JFrog’s financial results for the third quarter or full year 2021.