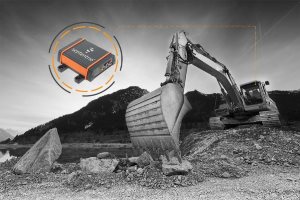 Septentrio, a provider of high-precision GNSS positioning solutions, announces the launch of the AsteRx SB3 receiver family, enclosed in an IP68 housing.

This receiver offers superior availability of RTK high-accuracy positioning due to its ability to track a wide variety of signals from all currently operating Global Navigation Satellite Systems (GNSS), including not only GPS and GLONASS but also the European Galileo and Chinese BeiDou. Even in dual antenna mode AsteRx SB3 uses triple-frequency tracking to maximise robustness and availability of its heading angles.

“The AsteRx SB3 brings state-of-the-art GNSS positioning and heading performance in a very compact and rugged enclosure that is fully certified and ready to use,” says, Silviu Taujan, product manager at Septentrio. “Its simplicity and ease of use make it a truly plug-and-play device, allowing customers to have a fully operational system within minutes.”

The new product line includes two types of receivers, both offering triple-band sub-degree GNSS heading. The first, AsteRx SB3 Pro, is a high-performance rover receiver featuring the latest core GNSS+ algorithms for maximal reliability and availability in challenging environments, such as near high structures or under foliage. The second product, AsteRx SB3 Pro+, adds value to the Pro version with base station functionality and internal logging. It also offers higher update rates and ultra-low latency, both important factors for fast moving vehicles or mechanical components in automation or guidance systems.

A rover receiver, unlike a base station, is a receiver on the move. This type of receiver calculates its position with centimetre-level accuracy by analysing signals from various GNSS satellites and by using correction information from base station receivers.