Two years ago, we held a similar discussion with CFOs of two large organisations; let us call them Alfred and Tim (names masked). Both of them were excited when we presented an automation roadmap and what Robotic Process Automation (RPA) can accomplish in their organisation, says Dr Lakshmanan Ramanathan, senior delivery manager and Gopal Kulkarni, associate vice president & head – key solutions of Infosys BPM Ltd. 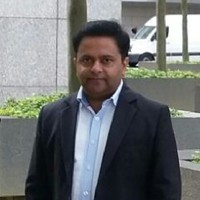 Now, Alfred’s organisation has implemented hundreds of live bots and reported over 34% productivity improvement, in addition to significant improvement in finance-related business metrics. Tim’s organisation is still on proof of concept phase in their RPA journey due to several policy-level blockades.

According to Gartner, around 80% of finance leaders have already implemented RPA, but many organisations still have fewer than ten bots implemented (Source: Forrester). While our proposals to both Tim and Alfred had all the essential elements of successful RPA proposals, in this article, let us analyse why the two organisations had different automation journeys. We will also see the role of BPM service providers in enabling “extreme automation.”

The global economy has been reeling under pressure with losses in trillions due to the COVID-19 pandemic. Businesses worldwide are looking for means to curtail losses. For the most part, unavailability of employees, who are in lockdowns or quarantine, has been a critical issue for most businesses. This is when the power of extreme automation becomes necessary. However, automation alone may not be the most effective means to bring about overall business transformation. In order to unveil the true benefits of automation, critical design thinking and process standardisation are essential. We will highlight the importance of preparing an organisation and its business processes for extreme automation.

In the perspective of the RPA project, there were naysayers in both organisations, incessantly debating on ERP improvements vs. digital transformation. While Tim was looking at the project more from a tactical standpoint and wanted to get disparate teams convinced and self-aligned, Alfred treated the automation program as an organisational change management program and committed with sufficient business and IT resources.

Quoting President John F Kennedy, Alfred believed in “the journey to the Moon, an ambitious RPA journey with an aspiration to save over a million man-hours across the service provider and client – not because they are easy, but because they are hard; because that goal will serve in organising and measuring the best of our energies and skills.”

6 Things that Alfred did differently to focus on extreme automation 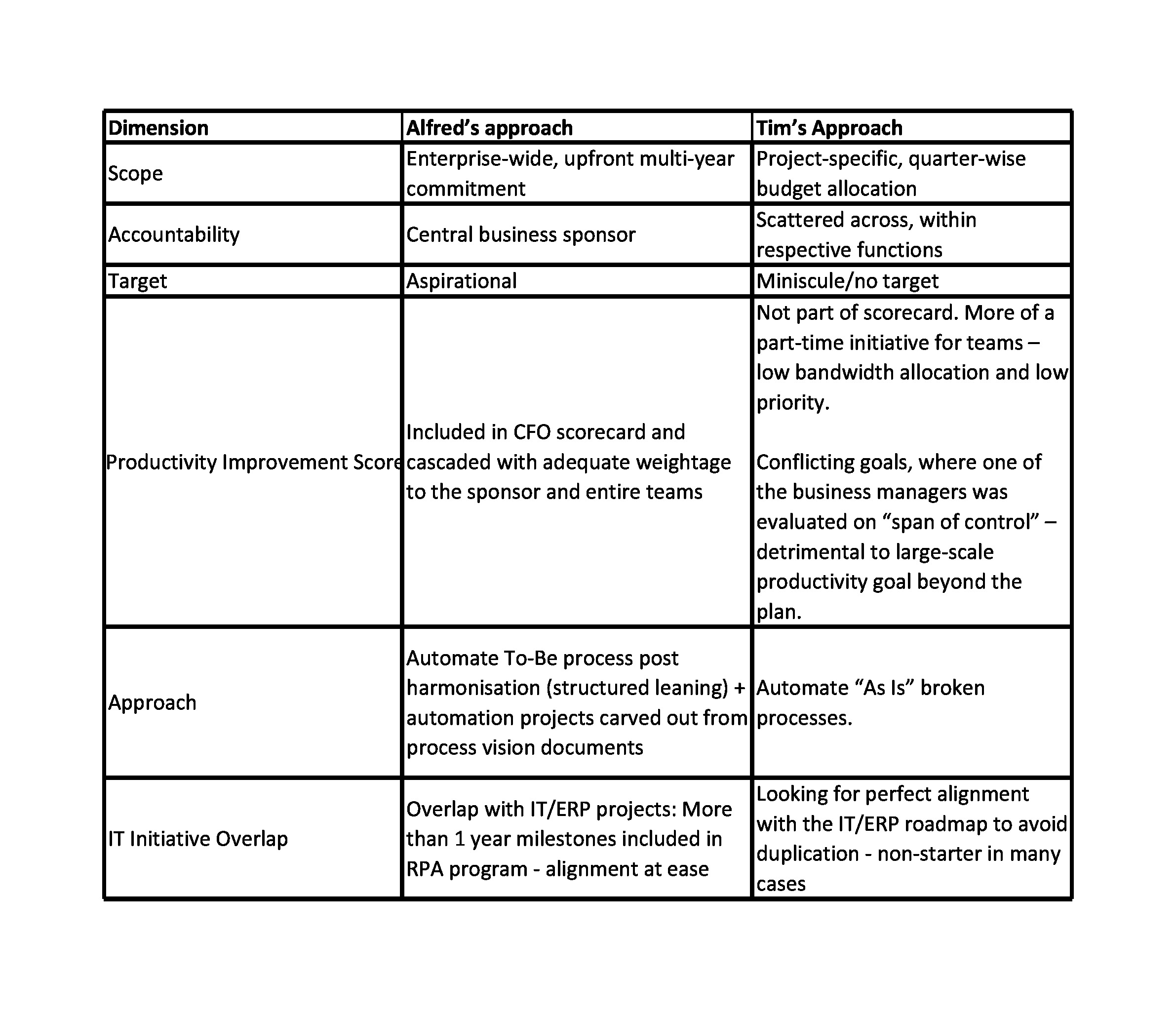 The role of BPM service providers in enabling extreme automation

While excellence can be found in upstream automation done directly by clients, automation driven by BPM service providers is far more successful with tangible efficiency gains, thanks to “beyond contractual commitment” clauses. A service provider successfully deploys RPA in large scale by leveraging several components such as the following.

Conclusion – The future powered by human-ware

Enterprise roll-out and sustenance of RPA programs requires strong process knowledge with an empathetic mind-set towards human-ware service delivery, in addition to technological prowess. An aspirational goal with the digital mind-set and human-ware approach, rather than pure automation, will be the future of massive automation projects that drive value for organisations.

The authors are Dr Lakshmanan Ramanathan and Gopal Kulkarni of Infosys BPM Ltd.