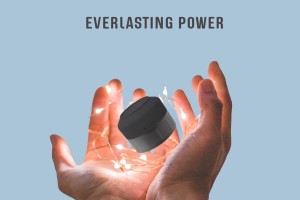 Xidas IoT becomes the first to create a cost-effective solution for the Internet of Things (IoT) market’s major issue: battery life. The increasing benefit of wireless sensors in the industrial and automation world is being restricted by the pain of replacing their batteries.

The solution according to Xidas is its new vibration-based energy harvesting product known as the ‘VP3’. From the vibrations of industrial machines, the VP3 generates electrical energy and thus offers a continuous supply of power for wireless sensors.

Through a disruptive electromagnetic transducer design, proprietary analog boost circuitry, and specialised battery integration, the VP3 provides 10+ years of lifetime for sensors! Our “value triangle” makes the VP3 an ideal replacement for standard batteries for IoT wireless sensors—high power output plus small size plus affordability. Other vibration-based energy harvesters are often not used because they don’t hit the “value triangle” of size, power output, and cost. Some cost as much as $700 (€596.61).

Xidas IoT uses its patented technologies and multi-disciplinary approach to design and produce edge solutions that combine intelligence, zero-power (energy harvesting), sensor fusion and integration. With decades of 3D manufacturing and micro-engineering breakthroughs and deep expertise on industry, Xidas is a partner of the US National Science Foundation for IoT innovation.