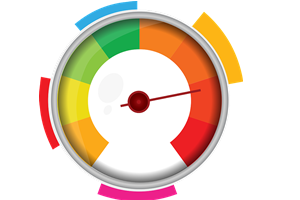 Berg Insight has found that the installed base of smart electricity and gas meters in Europe was 168.3 million in 2019. The installed base is forecast to grow at a compound annual growth rate (CAGR) of 8.9% to reach 280.4 million units in 2025.

The majority of new installations will take place in France, Italy and the UK, with significant contributions also coming from countries such as Austria and the Netherlands in the next couple of years. The penetration rate of smart electricity meters in the EU27+3 amounted to 45% in 2019. The corresponding percentage for smart gas meters was 28%.

“As many large-scale European smart metering projects are now completed or in the midst of being rolled out, utilities are becoming increasingly occupied with how to maximise the value of their metering infrastructure by enabling a range of new applications and services beyond meter-to-cash”, says Levi Ostling, IoT Analyst, Berg Insight.

The trend can also be seen among utilities which are yet to launch large-scale rollouts as these are looking to future-proof their systems and gain economies of scope. Major drivers for this development include a growing interest in electric vehicles, micro-generation systems and smart city applications. “From a utility procurement perspective, it is expected that there will be less focus on the underlying metering infrastructure in the long run, with functionality taking precedence over individual hardware choices” continued Mr. Ostling.

In line with this development, service-oriented smart metering solutions have now become an area of interest among utilities throughout Europe, including both standalone software subscriptions and end-to-end managed services. In the next few years, managed services are anticipated to see a particularly strong growth in markets that comprise a large number of small- and mid-sized utilities.

High upfront costs and lack of relevant technical expertise are two major barriers for adopting smart metering among utilities which have not yet done so. “Managed services have the potential to transform this remaining group of utilities to eager adopters in the 2020s”, concludes Ostling.