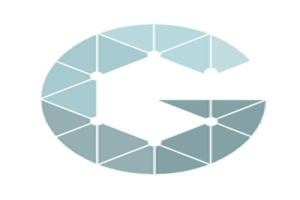 We are pleased to share that Graphen analysed the evolution of COVID-19’s virus SARS-CoV-2 with more than 370 strains of viruses from all over the world. Our team worked tirelessly and mapped out the evolution of the virus reported so far. We now have a better understanding of the propagation paths of the epidemic that has broken out around the world since Dec 2019,” says Dr. Ching-Yung Lin, founder and CEO at Graphen, IEEE fellow and adjunct professor at Columbia University.

Graphen analysed the variants of each reported whole genome sequencing from more than 30 countries or regions to date and identified the mutations as they spread. With the help of Network Science analytics, the tech company visualises how the virus propagated, mutated and spread throughout the world and has published its analysis with daily updates: https://www.graphen.ai/covid.html

By understanding the mutation of each virus and locating where those variants are in its near 30,000 genetic locations, Graphen can identify virus’ evolution chain, as well as clusters. Such mutation and propagation patterns can help companies better identify targets for drug development, public health prediction on the spreading speed, or even predict the harmfulness of specific variants that may cause symptoms beyond those observed from the original strain.

For instance, the analysis revealed two possible super-spreaders. A virus strain isolated from the confirmed case on January 5 in Wuhan later appeared in Taiwan, Belgium, and Australia, and since evolved into the strain that made most initial cases in Washington state; another strain from a confirmed case on January 24 spread to Germany, Italy and Switzerland that eventually caused widespread impacts throughout Europe; a strain with many generations of variations appears in Beijing and South Korea; and those who tested positive from the first infected cruise were mostly by the original canonical form of the virus.

“We are continuously working with new data to show inductive analyses and more visualisation as well as cross-media information as the virus propagates. What we have now can already provide researchers with references for clinical treatment, medicine and vaccine development,” says Lin, “Finding out the relationship between the sequence changes and the disease epidemic development is very helpful for subsequent prevention and control. This is an example of the future of AI-powered precision medicine.”