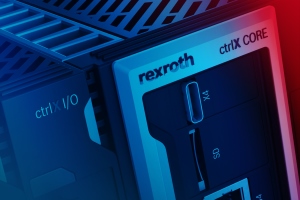 Industrial manufacturing solutions built on ctrlX AUTOMATION with Ubuntu Core and snaps will, say the companies, benefit from an open ecosystem, faster time to production and stronger security across devices’ lifecycle.

Through the use of an open architecture, industrial machine manufacturers selecting ctrlX AUTOMATION are freed from being tied to PLC specialists and proprietary systems with the software being decoupled from the hardware. With Ubuntu Core and snaps, the ctrlX AUTOMATION platform enables developers to use a modern CI/CD and DevSecOps approach to deliver applications on edge devices in a traditional OT environment.

“With the support of Ubuntu Core, ctrlX AUTOMATION can combine the worlds of automation and IoT in an open, modular and secure way to build a future proofed and innovative automation platform,” says Dr. Holger Schnabel, product owner ctrlX CORE, Bosch Rexroth.

Ubuntu Core enhances security with strict application confinement. ctrlX AUTOMATION apps run with all dependencies in their snaps for increased isolation. The risk of security vulnerabilities is minimised as the software files packaged in snaps are unalterable. Machine manufacturers deploying apps benefit from automated updates for security fixes and patches for the lifetime of the device, without the need for engineers to intervene. With Ubuntu Core and snaps, software updates roll back to the last known working version to increase uptime and reliability on the factory floor.

Canonical is the publisher of Ubuntu, the OS for most public cloud workloads as well as the emerging categories of smart gateways, self-driving cars and advanced robots.