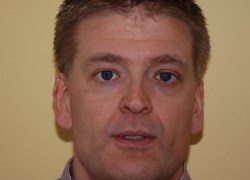 AttoCore, the developer of ultra-mobile core network software technology, has enhanced its flagship AttoEPC Enhanced Packet Core (EPC) to include additional support for the Internet of Things (IoT).

The last few years has seen considerable acceleration in the use of mobile technology to support intelligent communications between smart devices. Analysts say that deployment of IoT devices could reach the 100 billion mark by 2025. Much of the interest in deploying devices is not for inclusion in massive national networks, but for enhancing the capabilities of local networks to quickly and securely transport IoT information of local relevance.

Across the world, shared spectrum deregulation programmes, such as CBRS in the USA, are enabling enterprises, systems integrators and new entrant service providers to deploy enterprise grade private LTE networks, which have been specifically crafted to deliver – at the local level – the application support and reliability so familiar to all users of the LTE based national networks.

Highly scalable and flexible to deploy, AttoEPC is ideally suited to deployment in such networks and can be deployed standalone on low end COTS servers hosting the Linux operating system, or embedded directly onto 4G radios, including small cells.

With this latest enhancement, the mobile broadband capabilities of AttoEPC are enhanced to provide support for both NB-IoT and CAT-M1, making it possible for enterprises to carry mission-critical, secure, or latency-sensitive IoT information across private LTE networks, without the need to transit national MNO networks, or where it is not possible to use the MNO networks, due to lack of coverage, or lack of support for IoT. This enhancement is available in the latest release of AttoEPC software and can be retrofitted to existing AttoEPC deployments as a value added upgrade.

AttoCore is committed to address the need for flexible, scalable and high performance mobile core software for deployment at the network edge and continues to develop its existing 4G capabilities, delivering functionality with immediate application, with a firm upgrade path towards 5G.”