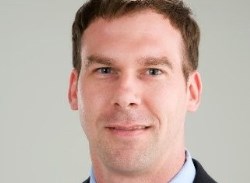 The ME910C1-WW and ME910C1-NA share a common form factor as well as electrical and programming interfaces which allow developers to implement a “design once, use anywhere” strategy. Developers can cut costs and development time by simply designing around the xE910 LGA common form factor, giving them the freedom to deploy technologies best suited for the application’s environment.

In addition to providing reliable connections even when IoT devices are in hard-to-reach locations, the radio frequency front-end (RFFE) engineering provides the modules with superior performance. As members of the ME910C1 Series, Telit’s flagship xE910 module family, they also deliver 4G radio access technology in the industry popular 28.2 x 28.2 x 2.2mm family form factor and can easily be applied as a drop-in replacement in existing devices based on the family’s 2G and 3G modules.

“The ME910C1-WW and ME910C1-NA modules have reached another milestone,” said Ken Bednasz, vice president of Americas application engineering at Telit. “Already certified for use in all major markets, they are now certified for use on U.S. Cellular’s new LTE-M network. The ME910C1 Series reflects our commitment to enabling IoT device designers, manufacturers and their customers to take advantage of U.S. Cellular’s latest and greatest network technologies.”

“We’ve recently deployed our LTE-M network and are excited to bring our customers new capabilities and features that will enable an entirely new set of use cases to help businesses improve their operations,” said Jim Anetsberger, vice president of business sales at U.S. Cellular. “These new Telit modules will be a key component in devices that will unleash the potential of U.S. Cellular’s LTE-M network capabilities.”

The ME910C1-WW supports global LTE-M and NB-IoT bands and is available for use with carriers in North America, Europe, Japan, China, Australia and other geographies. This enables IoT device manufacturers to apply their ME910C1-WW-based designs quickly and cost-effectively to IoT solutions for sale in other countries worldwide.