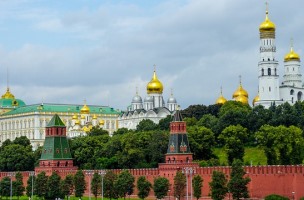 Moscow received a certificate of successful implementation of international key performance indicators (KPI) for Smart Sustainable Cities. The award took place in Valencia, Spain, as a part of the Green Standards Week.

The concept of “smart sustainable city” was coined in 2015. It implies an innovative city that uses information and communication technologies (ICT) and other means to improve quality of life, and the efficient running of essential services, meeting the needs of present and future generations. The recognition bestowed upon Moscow places the city among the world’s leading smart cities.

“Starting from 2010 Moscow has implemented a large-scale programme to achieve its status as a smart city. During this time, the capital has made significant progress in developing modern IT-infrastructure, introducing advanced technologies and services for citizens and businesses.”

“The city is among the most technologically developed world megalopolises, and the U4SSC certificate once reaffirms Moscow’s status as a smart city. This is another recognition from international experts. The main aim of this large-scale work is to make life in the capital more comfortable for its citizens,” said Eduard Lysenko, the minister of the Government of Moscow and head of the Department of Information Technology.

The assessment indicators were developed on the initiative of the International Telecommunication Union (ITU) and the United Nations Economic Commission for Europe within the framework of the project «United for Smart Sustainable Cities» (U4SSC). In order to participate in the study, Moscow provided ITU with 76 indicators. Experts examined Moscow’s development in the economic, ecological, social and cultural spheres, demonstrating the city’s successful implementation of key international performance indicators.

In the study’s report experts emphasise that the capital actively develops and uses information technologies for accelerating economic growth and creating the culture of innovations.

For example, the portal mos.ru provides residents with more than 330 state services in electronic form. Without leaving their homes, citizens can pay for utilities, submit meter readings, review their children’s’ grades or schedule a doctor’s appointment.