3G is dead – what next for product designers? 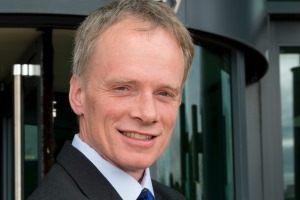 Whether you are imminently bringing out a new Internet of Things (IoT) product or have heard the rumours about 3G switch-off, it is a pivotal time in wireless networks. With 5G on the horizon and 2G beginning to close down, choosing the right technology to future-proof devices is a real challenge, says Dunstan Power, director at ByteSnap Design.

Vodafone has become the first UK provider to confirm that it will be “switching off 3G” services within the “next two to three years,” and it is expected that other operators will follow suit, as it becomes less financially viable to operate the older networks. However, at a recent mobile panel event, Ronan Le Bras, head of Technical Strategy for Wireless Networks at Orange, threw his weight behind 2G technology, stating that it would remain relevant in specific use cases well into the 5G era.

Looking globally, the same pressures are creating an interesting patchwork effect, with Thailand’s National Broadcasting and Telecommunications Commission recently approving a proposal by three of the nation’s mobile operators AIS, DTAC and True to shutdown 2G services by the end of October 2019. Meanwhile, South Africa’s Telkom is on the cusp of switching off its 2G network to focus on 3G and 4G/LTE.

In short, operators are keen to free up spectrum by switching off the older, less profitable networks – but confusingly, whether this will first hit 2G or 3G networks depends on local market conditions, creating considerable uncertainty for product designers. With the sun due to set on 2G/3G GPRS networks, there are several questions that electronics designers need to think about in order to make an informed decision on how to formulate a migration path away from 2G/3G.

The elephant in the room here is that the value of GPRS for low data rate applications can’t be overstated – there are huge numbers of IoT and M2M applications for GPRS, almost everything out there is basically GPRS based if it’s low data rate. The obvious solution – 4G modems – have not been adopted widely yet, both for cost and power-consumption reasons. GPRS has been the de facto standard for connected wide area network devices because it’s cheap, proven, reliable, and does base station hand-off very well.

A competing list of standards are firmly entrenched – albeit not entirely established – as the future for mobile device connectivity. The two major horses in this race are LTE-M (Long Term Evolution for Machines, aka Cat-M1 or Cat-M) and NB-IoT (Narrowband IoT, aka LTE CatNB1 or LTE-M2), although there are a host of outrider technologies that will doubtless be part of the final mile, including Sigfox and LoRa. As if this profusion of standards wasn’t enough, the precise coverage mix of them will vary hugely according to local market conditions, making the best approach for designers far from obvious. Check out How Cellular IoT is taking over the world article for the complete global picture.

The future will hold many more complex decisions for designers, as they look towards new standards that are not universal by any means.

How can designers cope?

Unfortunately, the only elegant solution involves additional cost in the short term. The main modem manufacturers have produced modules that can fall back to 2G from CAT-M1 or NB-IoT. Although these may come at a premium today, especially compared to pure-play CAT-M1 modules, they are pin compatible meaning that there is no requirement to change PCB to support the new modules. Examples of these pin compatible modules include the Telit ME310 and popular uBlox SARA.

IoT and M2M companies must evolve to deal with the migration from 2G to 5G technologies, and choosing modems that have long-term viability is essential. Although the next year or so represents a particularly difficult time for future-looking designers, it is likely to be short but sharp. By late 2020 standards should be established enough, and rollout coverage complete enough to conduct real world testing, which should result in being able to use simpler modems without the 2G fallback and thus to make savings.

Being flexible is key, and choosing a modem which incorporates GPRS and one of the new LTE standards may be a slightly increased cost per unit today, but means that devices will continue to function well beyond tomorrow. This is, of course, no guarantee that the same issues will not arise when LTE is turned off in favour of 5G in 10 years’ time!

The author is Dunstan Power, director at ByteSnap Design.