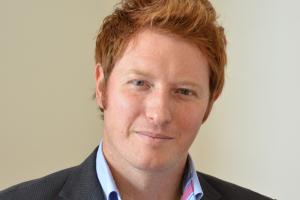 Through a partnership programme dubbed the Knowledge Transfer Program Partnership (KTP), Pangea is teaming up with the UK’s Kingston University to apply the power of a 5G network to data transferral.

The technology they are developing is said to be the first of its kind and they aim to be the first to bring this capability to the market. The project’s aim is to develop enriched video compression and data transfer techniques over 4G+ and 5G networks, “unlocking ground-breaking speed and quality capabilities with huge implications,” said Pangea.

Medics could use ambulance video streams to triage patients before reaching accident & emergency (A&E) department, meaning speedier and potentially life-saving response times. Ambulance trusts could save up to UK£90 million (€102 million) if response times were sped up by just five minutes. Body-worn cameras used by the UK police force would also see massive improvements: always-on video streaming will enhance crime scene assessment and save hundreds of hours spent on arduous paperwork. The list goes on.

Pangea will be working alongside Kingston University’s Professor of Wireless Communications, Christos Politis, a leading figure in wireless network research – and video compression specialist associate professor Nada Philip. The company will also be making a graduate hire in the Pangea team to join its new Kingston office and head up the project.

It’s a triple-win: Pangea will gain access to specialist expertise, a leading academic will be able to apply their research to a commercial context, and the graduate recruit will kick-start their career through working with Pangea. “Alongside speed increases which will rival those delivered by optical fibre, 5G will incorporate IoT technology, which opens up so many possibilities for the health sector and across the emergency services through the use of smart devices,” said Professor Politis.

Dr Philip, who specialises in video compression, said one of the challenges was how to deliver optimal high quality video consistently through wireless networks when travelling at high speed. ‘When you stream multimedia content, it will be affected by different network conditions. We will be looking at how to ensure the moving images arrive in high-definition, allowing for accurate medical diagnosis and enabling police forces to identify people from their body-camera footage,” she added.

This is all made possible through support provided by Innovate UK, a UK government-backed public body focused on driving productivity and economic growth. The body is well known for its contribution of more than £18 billion (€20 billion) and creation of 70,000 jobs within the UK economy. Winning the funding from such an influential organisation was a big victory for Pangea, and they’re celebrating having them on their side.

‘We’re proud to be at the forefront of the push for 5G. By combining our connectivity, commercial expertise, and Channel access with the power and knowledge of Kingston University’s academics, along with access to its 5G testbed, we’ll pave the way for data transferal over powerful 5G networks,’ said Pangea’s managing director Dan Cunliffe.

‘The solution will be the first of its kind in the world. It will completely transform how video and other data compression is used across industries and unlock fresh revenue streams for our partners and bring us a step closer to a 5G world. We’re excited to embark on this journey alongside Kingston University, and we’re privileged to have the opportunity to develop such incredible technology.”