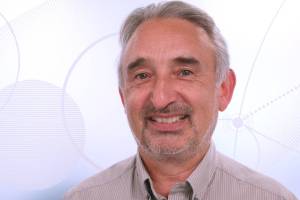 Just to make clear that this is not a blog about shaving! William of Ockham did not invent the electric razor, being born in the late 13th century left him about 700 years short of a mains socket, says David Parker, senior analyst, Beecham Research.

He was however an English philosopher and theologian whose guiding principle was that if there were more than one hypothesis to explain something then it was most likely explained by the simplest.

His ‘Rule of Simplicity’ or ‘Ockham’s razor’ as it became known has been a guiding principle to philosophers, mathematicians and scientists for centuries, influencing engineering and design through the application of Ockham’s Razor to probability and statistics.

Today Ockham’s razor is being applied to the transport industry in the shape of the electric motor. Our 21st century world is powered by a 19th century invention, namely the internal combustion engine (ICE). In its various guises the ICE dominates motive power through its application in cars, trucks, buses and trains, not to mention its use in boats, light aircraft, garden machinery and generators. As familiar and developed as it is, the good old ICE is notoriously complicated and despite over 100 years of development, rather inefficient.

The most advanced petrol and diesel engines achieve peak thermal efficiencies of 35%-45%, most of them much lower than this. Electric motors of the type used in Electric Vehicles (EVs) or plug in hybrids (PHEVs) turn more than 90% of the energy they use into forward motion. Efficiency alone is enough to qualify the electric motor as the Ockham’s Razor of motive power but where it really applies is in the simplicity of an EV when compared to a traditional motor car.

The Tesla Model S for example has 150 moving parts including the motor, windows, wheels, suspension and doors, an ICE powered car typically has 10,000 moving parts, most of those being in the engine and gearbox.

In its August 12th, 2017 edition, The Economist predicted the death of the ICE, a bit premature perhaps but it needs to happen, not least for the health of our environment as traditional engines rely on the burning of fossil fuels. EVs take electricity from the grid which is slowly but surely being de-carbonised with renewable energy.

With almost 2 billion cars, vans and trucks on the world’s roads there is a long way to go but in the 5 years since 2012 global sales of EVs and PHEVs have risen from 100,000 units and will cross the 1 million sales mark this year. As car firms launch more models powered entirely or partly by an electric motor who would bet against another ten-fold increase in annual sales over the next 5 years?

From an IoT perspective the shift from fuel burning engines to battery powered electric motors is great news. An electric car is essentially a computer and communications device on wheels. Battery management systems software can be upgraded over the air, terrain mapping provides optimum use of regenerative breaking to maximise range and efficiency, while the ever-increasing number of public charging points require regular updates to vehicle navigation systems.

The EV is also the platform for varying levels of vehicle autonomy where the electric motor can be controlled with a precision not possible with an ICE powered vehicle. This will require yet more communications and computing power within the vehicle systems and externally to its environment.

The enabling technology for the EV is of course battery technology and Beecham Research are proud to have supported our partners Internet of Business with their series of conferences, including the ‘Battery and Energy Storage’ event at Warwick University Campus next week 28th/29th November.

The author of this blog is David Parker, senior analyst, Beecham Research