Exploring the role of Google in the Internet of Things 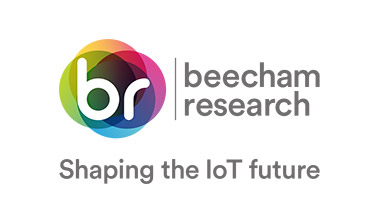 “What is Google doing in the IoT?” Who has not heard or raised this question? And who has not ended a long discussion on the IoT, hearing a statement that sounds like: “but, at the end, Google and Apple will come and they will dictate the direction and the pace.”

On the face of it, it can seem that some believe themselves to be in front of an inevitable portend. In the meantime, there is then the analyst saying “but Google is not clear on the IoT. It has done many things but they do not seem harmonious.” The analyst could sincerely believe in this or, simply the analyst wants to discover the foibles of Google, “Google cannot be perfect! There must be something wrong with Google!”

I have read several books on Google, on the birth of the company and the exceptional path towards something which, to define as a large enterprise is simply an underestimation. I read conspiracy theories on Google, but also sounded critique on Google. And I have followed Google, trying to understand their strategy in the IoT, says Saverio Romeo, chief research officer at Beecham Research.

There was the period of Google acquiring company after company in robotics and artificial intelligence. I thought that Google was jumping the preparatory phase of the IoT and moving directly to the era of full automation. But, perhaps, the jump was too premature. The selling of Boston Dynamics and its unnerving robots to Soft Bank has been a sign of an internal reflection on that long step. There was then in 2015 Brillo and the Physical Web. I thought they both had interesting premises, but I could not believe that this was the IoT for Google. Brillo was announced with emphasis and de-emphasised quickly.

The Physical Web had its moments of glory when beacons fascinated everyone. Meanwhile, the IoT market was moving, pushed from different angles, the “traditional” telecom M2M angle, the embedded system one, the networking angle, and the cloud angle. The latter brought to the market names equivalent to Google, such as Amazon Web Services and Microsoft, and this was another drive for reflection for Google.

am still a bit surprised that Google realised the potential of the IoT because of these others. The history of Google revolves around defining technological trends, but it is nice to believe that for once Google behaved like a normal company! Perhaps it is not true, but let us believe that perfection is not a part of this planet! And so, with that comfort in mind, I will try to answer the infamous question: “What is Google doing in the IoT?”

The three components of the IoT: Device, gateway, cloud

On Google Cloud Platform website, there is a long article called “Overview of the Internet of Things”, last updated on the 28th of September 2017. I invite you to read this article but, allow me to also propose an interpretation, which should give us some insights towards answering our research question.

There are three basic components in the IoT: device, gateway, and cloud. Google proposes definitions that are well accepted in the market place. The device is made up of hardware and software and enables the interaction with the physical world. The gateway, besides its networking objective, processes data on behalf of a cluster, or a mesh, of devices. The data is then sent to the Google Cloud Platform, the cloud. Those three components deal with data. The data is of different natures, such as device metadata, telemetry data and others.

Devices are then explored in detail from a hardware point of view and a software point view. There is some consideration on power but, the focus is on hardware platforms (Arduino, Beaglnone, Raspberry Pi), hardware interfaces, programming environments. There are some considerations on on-device processing. Clearly here, Google Cloud Platform is speaking to IoT developers of all kinds.

Analytics – From dashboards to machine learning

There is then all the services dedicated to analytics. Google BigQuery offers a fully managed data warehouse with a familiar SQL interface. Cloud Datalab, based on the open source Jupyter project, offers services for dealing with large-scale data exploration, analysis, and visualisation. The analytics capabilities also include Cloud Bigtable for time series dashboards and finally, Cloud Machine Learning Engine, based on machine learning open framework Tensorflow.

The next question should be: how is this proposition performing in the market place? Assessing the market footprint of an IoT platform is not an easy task. Certainly, Google Cloud IoT ecosystem of partners is not as extensive as other competitors. The Google Cloud IoT Partners are divided in two groups. The first one, Google Cloud IoT Device Partners, includes Intel, ARM, Sierra Wireless, Cisco, and Helium.

The second one, Google IoT Applications Partners, is mainly made of application enablement platforms. The number of partners is not a solid indicator on its own. The quality and extensiveness of the partnership is also important but, partnership density is a proxy sign for an organisations market maturity. Google needs to do more in their IoT ecosystem. In terms of customer base, it is difficult to have a sounded view from Google, but the case studies proposed are in manufacturing, utilities, smart transportation oil and gas, and retail.

Google is in the IoT

Google Cloud IoT is a realistic offer in line with many competitors in the marketplace in terms of components, with an expected strength on analytics. Google.ai, the Google initiative on artificial intelligence, needs to be part of this picture. The market presence and the ecosystem reflects a delay.

That analyst saying that there were many ideas in Google, but there was not harmony among those ideas, was probably stating a sensible conclusion. I think that harmony is coming along in Google Cloud IoT, driving Google’s role in the IoT space. But deep down, I feel a bit disappointed to see Google on this “normal path”. Google, give me some exhilarating twists soon!

The author of this blog is Saverio Romeo, chief research officer at Beecham Research