An IT-centric view of the IoT 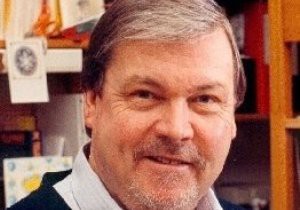 An earlier blog titled “Don’t leave it to IT” focused on the need for a clear, defined strategy, something that has to come from C-level management, writes Bob Emmerson, freelance writer and IoT industry observer.

It also indicated that the early role of information technology (IT) is to ensure that the appropriate technology and architecture decisions are made. However, in line with the growth of Internet of Things (IoT) systems and their stringent requirements, that role has expanded.

The IoT stack is normally depicted as an end-to-end solution going from devices in the field through to enterprise environments. That is the operations technology (OT)-centric view of IoT vendors. But an IT-centric view goes in the opposite direction: enterprise to field, which underlines a development that is reshaping business and technical requirements.

The ability to intelligently monitor and control those devices is revolutionising enterprise computing. It’s ushering in a new era of networked computing that can include hundreds of thousands or even millions of intelligent end points.

Right now, IoT solution vendors are in the driving seat, but there is a clear need to enhance IT architectures in order to monitor, process and exchange IoT data in a highly scalable, secure and robust way. In a nutshell, IT management want to control a development that is tightly linked to their computing environment. They don’t want vendor lock-ins.

Mix and match the components

A solution comprising a mix and match of standards-based IoT components would fit that bill, but they wouldn’t, couldn’t be provided by a regular end-to-end solution vendor. The components would have to come from a vendor of enterprise computing.

A consultant friend suggested that I take a look at Red Hat and, surprise, surprise, components were what I found. The company has impeccable IT credentials: their products and services are secure, open, and trusted by more than 90% of the Fortune Global 500. Moreover, a white paper outlined an intelligent systems solution based on a three-tier model that uses standards-based protocols and components.

You can mix and match components and suppliers to construct a ‘best of breed’ solution. For example, Eurotech is employing Red Hat JBoss Fuse and Red Hat JBoss A-MQ in its Everyware Cloud IoT Integration Platform. This combination of IT and OT technologies enable the seamless integration of IoT devices in the field with the majority of enterprise IT infrastructures of different vendors, regardless whether deployed in a public cloud, private cloud or on-premise solution.

The gateway tier acts as an intermediary that facilitates communications, offloads processing func­tions, and drives action. It also analyses tactical data and executes business rules and issues control information downstream. And the datacentre / cloud tier performs large-scale data computation and acts as a repository for data storage and strategic analysis.

This is where most of the user and management interfaces are located. In addition, it collects and examines aggregated data from the gateway tier and disseminates business rules down­stream.

The author of this blog is Bob Emmerson, freelance writer and IoT industry observer