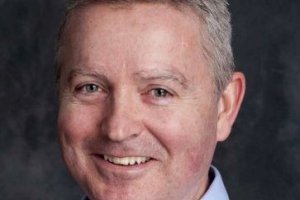 EE has become the latest network operator in the UK to discuss its plans to trial and develop narrowband Internet of Things (NB-IoT) services in Q2 2017. This is hot on the heels of Vodafone, which last week committed to launching the technology in Q1 2017.

However, the unintended consequence of connecting a plethora of new devices is that it increases the chances of potential cyber hacks. Operators must be aware that the new radio technology will be just as vulnerable as current network standards, as hackers look for new modes of attack against operator networks.

Operators must stress test their networks against the variety of potential attacks they could fall victim to as they look to accelerate the adoption of NB-IoT technology. They should employ technology that provides a comprehensive recourse for proactively protecting and hardening their systems. The threat today is global, so ISPs should consider solutions that allow them to move and share their testing resources internally, maximising the chances of identifying any potential security holes across their entire business.

The recent distributed denial of service (DDoS) attack using MIRAI malware on service provider Dyn, which targeted connected devices such as CCTV video cameras and digital video recorders, proves how much damage IoT hacks can cause. Whilst DDoS attacks can seriously affect public web services, they can also seriously disrupt the online business systems used in hospitals and other public services that rely on the network.

With the tsunami of new connection requests that could be introduced as a result of the NB-IoT, IoT service providers must act immediately to ensure that they aren’t liable to intrusion, preventing businesses and consumers from being cut off from the world.

The author of this blog is Robert Winters, head of TeraVM Product Line, Cobham Wireless.