Power quality for the smart generation 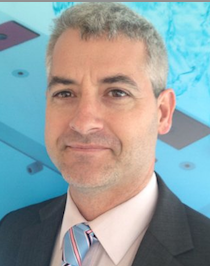 We have been aware of global warming for decades, but 2015 saw world leaders take united action with the UN climate conference of parties (COP) reaching a landmark agreement to limit the rise of global temperatures to less than two degrees Celsius. This puts pressure on renewable energy to play a bigger role in how we power the world around us. However, can it keep up as we move into the age of the always-on smart city? Here Steve Hughes, managing director of power quality specialist, REO UK, explores how the smart grid could hold the key if it evolves properly.

Nearly 200 countries have committed to upholding the agreement reached after two weeks of COP21 negotiations, which includes a legally binding obligation for developed economies to invest $100bn to help emerging nations decarbonise their energy. This means moving away from fossil fuels and using renewable energy.

In theory, this is great news and it is clearly the right path to take to slow the progress of global warming. However, as it stands, power generated by renewable sources such as wind farms and solar panels isn’t reliable enough to take the place of fossil fuels.

According to the European Wind and Energy Association (EWEA), an average onshore wind turbine with a capacity of 2.5 to 3MW can produce over 6 million kilowatt hours (kWh) in a year. That’s enough to power 1,500 average European homes for a full year. Which is all well and good, but at the moment we lack viable options to store this power or transport it over long distances.

This means that when the wind does blow over a wind farm, or the sun does shine on rows of solar panels, the power generated has to be used there and then. So, to increase the effectiveness of how we utilise the power generated by renewable sources in the main power grid we need to get smarter.

As with the smart city, the smart grid will rely on data. By applying smart metering, energy suppliers will be able to use natural resources much more effectively. Given the unreliable nature of renewable sources, it’s important that smart metering techniques are applied so that the power can be used strategically.

Power companies already forecast spikes in usage reasonably well. For instance, they know that a good portion of the UK will turn their kettle on during the Coronation Street commercial break. However, data collected and analysed via the smart grid will accurately predict when more of the grid is going to be under pressure. As we all become more eco-friendly this may include key periods in the evening when hybrid and electric cars are plugged in to charge.

This knowledge means that energy providers will be able to more accurately match the supply and demand of renewable energy, introducing it to the grid as necessary. A more in-depth smart metering of available renewable power at any given time will also enable it to be fed into the national grid to reduce reliance on fossil fuels and cut down wasted renewable energy that can’t be stored.

However, all smart systems rely on data and energy transfer, which increases the levels of disruptive electromagnetic interference (EMI) that has a detrimental effect on power quality – whether it’s from a renewable source or not. Smart cities will live and breathe data and communications through the many devices that will exist on the Internet of Things (IoT) web, but power quality issues could seriously affect the efficacy of these devices if proper precautions aren’t taken.

For instance, control rooms monitoring and managing CCTV or traffic control in a smart city environment may not be as responsive if EMI disrupts the quality of feeds from cameras. Onsite security teams or emergency services communicating via smart devices could also face similar issues. In a business and industrial environment data centres could be at risk of improperly recorded or lost data, and machinery would be less accurate and reliable.

Using smart metering to monitor these problem areas will help, but smart metering itself will interfere with quality. Modulated signals and data moving across the mains supply will create electrical noise, meaning that any system that is reliant on communications over the mains, such as a smart grid, needs to take precautions.

That’s why we’ve developed the REO Power Line Filter. This new product does what its name implies, it filters out extraneous frequencies to protect the optimum communications range of 9-95KHz. By ensuring the signal is not corrupted by the noise that can occur within an installation and across the grid, connected machines operate much more effectively – keeping them smart.

For smart cities to truly be successful, and for any economic measures to actually come to fruition, power providers, businesses and homes need to be aware of the potentially damaging effects of poor power quality. By being aware and being prepared with something as simple as a power line filter, we can all do our bit to support technological advancement and preserve our world for the next generation.