The reality distortion field of IoT 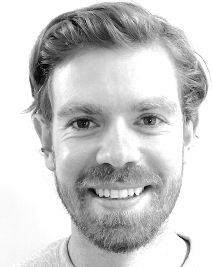 By 2020, Gartner predicts that 20.8 billion connected things will be in use worldwide, across consumer and enterprise use cases, writes Mike Crooks, the head of Innovation at thr Mubaloo Innovation Lab. This year alone, Gartner expects 5.5 million new things will get connected every day, leading to services spending around IoT reaching $235 billion by the year end.
Everywhere you look, there is a vast amount of hype about what IoT delivers, where the market is heading and what can be achieved. We’d be forgiven for thinking that IoT is already a complete world changer, that is fundamentally changing the dynamics of how we live and work. In some cases, of course, it’s true. The average person may never be aware of the impact that IoT is having.We live in a world that is more connected than ever. The farming industry is going through a large change, where its equipment is becoming ever smarter and more autonomous. Cars are starting to have autonomous capabilities, with the ability to self diagnose and trigger maintenance alerts. Smart thermostats are being installed in an increasing number of homes. All the big technology companies are turning more attention, and more money into the entire IoT ecosystem.Yet, this would be masking over the reality of IoT. IoT has the potential to help us drive improvements in virtually every aspect of the way in which we live and work; but questions remain as to whether the world needs a tweeting toaster or a smart wardrobe.In reality, how can we be close to the vision of IoT, when so much of the world and so many companies still aren’t properly utilising or understanding technologies that have been around for decades? The majority of companies hear terms like Cloud, Big Data and Mobile and admit that they are still stuck with legacy infrastructure, with no real clue as to how to move forward.One of the big blockers for IoT over the past few years is that every company with a vested interest in it, has wanted to control it. This has led to any external customer, be it a consumer wanting a smart home, or an enterprise wanting smart infrastructure, having to use multiple systems. Many of the IoT deployments at the moment focus on the dots that get joined within an organisation, connecting their own assets and their own infrastructure. The vision of IoT that has been propagated over the past few years is that systems will share data, so that across the entire chain, transformation will take place.Larger companies in every industry are currently struggling with a very real issue of transformation at the moment. In many cases, companies are skirting around their core infrastructure and using middleware as a way of doing iterative changes. IoT for the majority of companies is something that they see as a distant possibility on their roadmap, not something that they are able to pay much attention to now.One of the major challenges with the reality of IoT is this; companies still aren’t able to properly understand the data being generated at the moment. It doesn’t matter how much infrastructure companies put in place or how connected the world may be, if they aren’t able to use that information properly, the ability to collect data is irrelevantIoT is as much about what is happening in the background to understand and process the information as it is about the way in which that data is collected. If we look at the consumer market, Waze is, in many ways the perfect example of IoT in action. It turns millions of cars into a live data feed of road conditions and traffic information. This is fed through the app to help people optimise their driving, which is also fed into Google’s services, to the extent that Google Now is able to recommend that you leave earlier for a meeting.It’s the intelligence that makes this useful and powerful, but this is precisely where companies struggle. The choices of whether to utilise cellular M2M, Sigfox, Wi-Fi technologies or Bluetooth; the sensors that you deploy — all of it means nothing without being able to analyse the data in real time.In the enterprise space, this means that we will continue to see closed networks, where the value of deployment is to that company, and that company alone. Some data feeds may be opened up, but a vast amount of data will be kept private. Companies may not want to open up data about predictive maintenance for their assets or equipment, for understandable competitive reasons.
The paradox is that for IoT to become a reality, we need to have a reality distortion field of what it can achieve. We need to sell the vision to get companies and people excited about the possibilities, before guiding them to the reality of what will actually deliver the most value.