OMG – What’s that and what does it have to do with IoT? 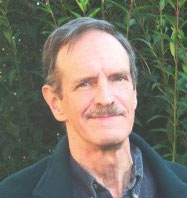 The Object Management Group (OMG) is a non-profit technology standards organisation. Located just inside what was once called America’s Technology Highway – Route 128, which traverses the greater Boston, MA, metropolitan area, OMG was founded in 1989 by eleven companies that included tech heavyweights of the day.OMG only provides specifications, not implementations; it accepts a specification as a standard only after a submitter team guarantees they will bring a conforming product to market within a year.

OMG’s first success, in 1991, was with the CORBA standard. (Common Object Request Broker Architecture.) One reason those in the M2M/IoT space may have never heard of CORBA is because it was so very successful. Dr. Richard Soley, PhD, OMG’s chairman and CEO, had this to say about CORBA in a recent interview: “There are five or six billion copies of it running right now, including on all mobile phones; every banking system, every robotics system, every military weapons release system.”  He added that working with CORBA “taught me that standards work best when they disappear.”

OMG’s success with CORBA becomes relevant when added to the facts that:

“In the late 1990s, after I became CEO, we moved into verticals, starting with healthcare, finance, telecoms and manufacturing. We’re now in 26 or 27 vertical markets including things like oil and gas and life sciences. 85% of standards efforts at OMG are now in verticals, not in the horizontal middleware and modeling space … the next big change, at the turn of the century, happened when we were approached by a group of companies that wanted to do something in SOA (Service Oriented Architecture) but not standards. They were all moving to SOA but they wanted to share experiences under an anti-trust cover, an open neutral international process and they were end-users, not vendors. We realised our core competence – of our staff, as opposed to our members — is community management, so we founded the SOA Consortium, which was later merged into the BPM Consortium. We turned that into a sidelight but it’s not really a sidelight; what we do is look for opportunities to bring together players that will eventually be related to our standards focus.”

Some of its standards efforts are particularly relevant to the Industrial IoT (IIoT), including the Data Distribution Service (DDS) protocol and the Unified Component Model for Distributed, Real-Time and Embedded Systems, among a number of others. The OMG website says: “OMG has been active in IIoT standardisation efforts long before IIoT became an industry buzzword.”

The IIC was founded in 2014 by AT&T, Cisco, G.E., IBM, and Intel to “accelerate the development, adoption, and wide-spread use of the Industrial Internet — a subset of the IIoT where the Industrial Revolution meets the Internet Revolution.” The IIC is not a standards organisation, but (from the IIC website):

“Testbeds are a major focus and activity of the Industrial Internet Consortium and its members. The Testbed Working Group accelerates the creation of testbeds for the Industrial Internet and serves as the advisory body for testbed proposal activities for our members. It is the centralised group which collects testbed ideas from our member companies and provides the members with systematic yet flexible guidance for new testbed proposals. Our testbeds are where the innovation and opportunities of the Industrial Internet – new technologies, new applications, new products, new services, new processes – can be initiated, thought through, and rigorously tested to ascertain their usefulness and viability before coming to market.”

Dr. Soley, again: “I’m a real believer in standards, obviously, running a standards organisation for 26 years, but developing standards when you don’t know what standards you need is – to put it in a friendly way – a waste of time. So our idea is to build test beds and bring companies, government agencies and universities, together, to testbed ideas. Find the disruptive products and services – transformational business outcomes – then secondly, find what standards would have been useful to simplify the implementation and deliver those priorities and requirements to standards organisations – not just OMG; we have relationships with a dozen others, as well as standards and open source, of course, by the way.  And that’s what IIC does.”

The IoT and the Industrial Internet must have standards to develop and grow and there are quite a few standards organizations focused on these areas – possibly too many. Considering OMG’s track record, its unique relationship with the IIC, and the collective weight of the membership of both organizations, whatever standards emerge from its activities may end up being key.

By Bill Ingle, a senior analyst at Beecham Research