The term “M2M” will soon disappear, but so will “IoT” 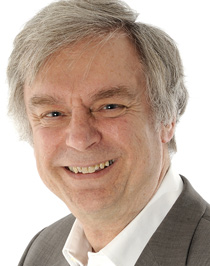 I have been attending CTIA shows with an M2M perspective in mind since 2004. Throughout this time, the M2M presence at the show has increased from – at most – a dozen small companies then to 70 in the M2M Zone alone this year. As well as this, several M2M market players now have their own stands separate from the M2M Zone. Now there is also a notable increase in other companies exhibiting connected devices and services, whether in Telematics or Healthcare or several other application areas, but not referring to M2M at all. Increasingly, some refer to IoT instead. Others just talk about remotely managed services, or other ways to describe it. In other words, M2M in the shape of connected devices was actually evident throughout this year’s show and will in future – I expect – increasingly come to dominate it. This raises some interesting thoughts about – what happens next?

Whether these are “IoT” or “M2M” is not the point. They are all connected devices and – outside of smartphones and tablets – this market is of course developing strongly. Some time ago – I think in early 2011 – I was asked in a panel session what new trends I saw in the coming years for M2M. I replied by saying that I thought the term “M2M” would start to disappear from the market quite soon. This was at a time when it was definitely on the rise. It was also before the term “IoT” came into common use and of course this term is now tending to crowd out “M2M”. Not for any particularly cogent reason – just that the term “IoT” is seen as newer than “M2M”.

It is worth revisiting this because I think both terms are now likely to disappear in the next few years. This is because use of them is based on having to keep making the case that so-called intelligent devices should be connected – on the basis that most are currently not. As a result, much effort is still being expended proving the business case for connecting such devices. This is what will change over the next few years. It will increasingly be taken for granted that new remote devices must be connected and the business case for doing so will for many become a formality. It will, in fact, be more common to connect such devices than not connect them and the focus will shift – indeed is already shifting – from whether to connect to how best to connect and to what value will be derived by connecting.

This does not mean that it will become any less of a challenge to ensure this connectivity. Far from it. Wireless connectivity of all types – by far the major method in the future – cannot be assumed to be a “done deal” and ensuring its availability anywhere and at any time will introduce many new challenges. As a result, the market will inevitably move on to use new terms. What these will be is not yet clear, but soon will be.