The Convergence of Robotics and the Internet of Things 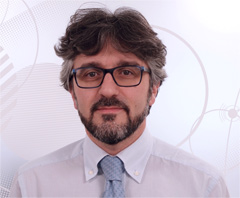 There is an embedded science-fictional meaning in the term “robotics”. It recalls Isaac Asimov and his three laws of robotics. Our imagination goes to Terminator, Robocop, and other Hollywoodian imaginative vision of the future of machines and humankind. But, seen it in a more critical way, the term “robotics” is a sophisticated engineering domain offering solutions in various sectors and industries. From the point of view of the Internet of Things, the robot is a smart devices, definitely smarter than others through its extensive use of artificial intelligence, but a device that contributes to the transformation of sectors and applications. Autonomous vehicles and drones are becoming common terms in the language of the Internet of Things industry. Robotics and the Internet of Things are increasingly coming closer converging into concepts such as the Internet of Autonomous Things and Self-aware Internet of Things.

But beyond terminology, there are some sectors in which the convergence between robotics and the IoT is more evident. The recent emphasis on driverless cars is an example of that convergence. In the market place, there is a clear trajectory that goes from the connected cars, a flagship application of the Internet of Things industry, passing through semi-autonomous vehicles towards the driverless car projects brought forward by organisations such as Google and Uber. The final aim is a connected car-robot at the disposal of the individual within the context of his or her smart spaces – the driverless car connected to the smart home, to the smart office and so on.

But, if the connected car is at the top of the media attention, there is another sector in which the role of robotics is more spread through different types of robots performing different tasks. This is the case of agriculture. We have autonomous combine harvesters in prototyping phase and ready to go commercial. We have large use of drones for monitoring environmental conditions and soil conditions – Japan has the largest use of drones in agriculture in the world. We have fruit and vegetable picking robots. We have autonomous milking systems. The agribiotics – or robotics in agriculture – is a sector in rapid expansion touching almost $1bn revenues in 2015. It will grow more rapidly moving towards 2020 becoming a critical part of smart farming solutions.

Similar phenomenon is happening in the manufacturing sector. Robotics is a key element in the transformation of manufacturing practices based on vision such as the Industrial Internet, Industry 4.0 and Smart Factory. There are then areas in which the use of robots is less developed, but, equally promising such as healthcare robots, robots in mobility, and social robots. We could see those as intelligent devices that enhance the experience of humans within smart spaces, a companion who guides in a smart British Library helping you in your research. There is also an increasing attention on 3D-printing robots in various scenarios and environments.

The evolution of the convergence between robotics and the Internet of Things requires some critical debate on some issues such as the security strategies to be put in place to support a safe convergence. There are also issues around data privacy. There are issues around the automation of production and services through the IoT and robotics reshaping the labour world and how we respond to that. The case of Uber is explanatory of this phenomenon. In the moment in which, Uber will be able to have driverless taxi, the taxi driver will not be a potential career anymore. From a market perspective, we will see an increasing number of collaborations between the IoT market landscape and the robotics space. This will also be reflected in the investment community. Venture capitalists and business angels have to look ahead and their attention will be attracted by robotics-IoT convergent ideas.

Terminator remains a piece of science-fiction, at least for the moment. But, the encounter between robotics and the Internet of Things is becoming real. There are issues to face, but, certainly, among the numerous connected devices, we will have robots integrated with smart spaces helping us navigating them.